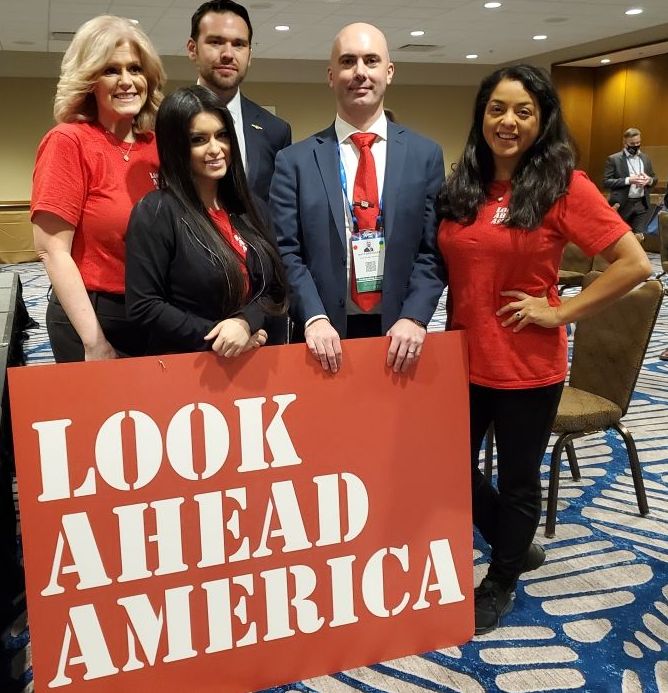 Today, Look Ahead America is declaring total victory at CPAC 2021 for the following reasons:

• By far the most diverse and abundant candy selection at the conference.

• According to the conference’s technical team, LAA drew more visitors to their booth than any other exhibitor.

• More photos (by far!) were taken at the LAA booth than any other exhibit thanks to our Surfer Trump statue that was loaned to us at no cost by artist Tommy Zegan.

• Our Surfer Trump statue broke the internet and sent leftist and the mainstream media into a meltdown.

• LAA Uncancelled Congresswoman Marjorie Taylor Greene and she gave the best speech of CPAC to a packed room despite the CPAC app’s event description mysteriously deleting mention of her attendance the day of the event.

• LAA was the only CPAC sponsor to reach out to dissident conservatives by also exhibiting at America First PAC.

• LAA had the most energetic team working the booth and spreading the word about our organization throughout the conference. Our red T-shirted activists were everywhere.

LAA Executive Director Matt Braynard responded with the following statement: “This was our first conference we’ve ever attended and we’re grateful to our support, volunteers, and donors who helped us win CPAC this year. We look forward to returning next year with an even bigger presence and going 2 and 0.”

Find a PDF of this release here: LAA_PR_CPAC2021Victory